Policia Nacional have started joint patrols across the Costa Blanca with French and Italian officers, as part of their summer tourism campaign. 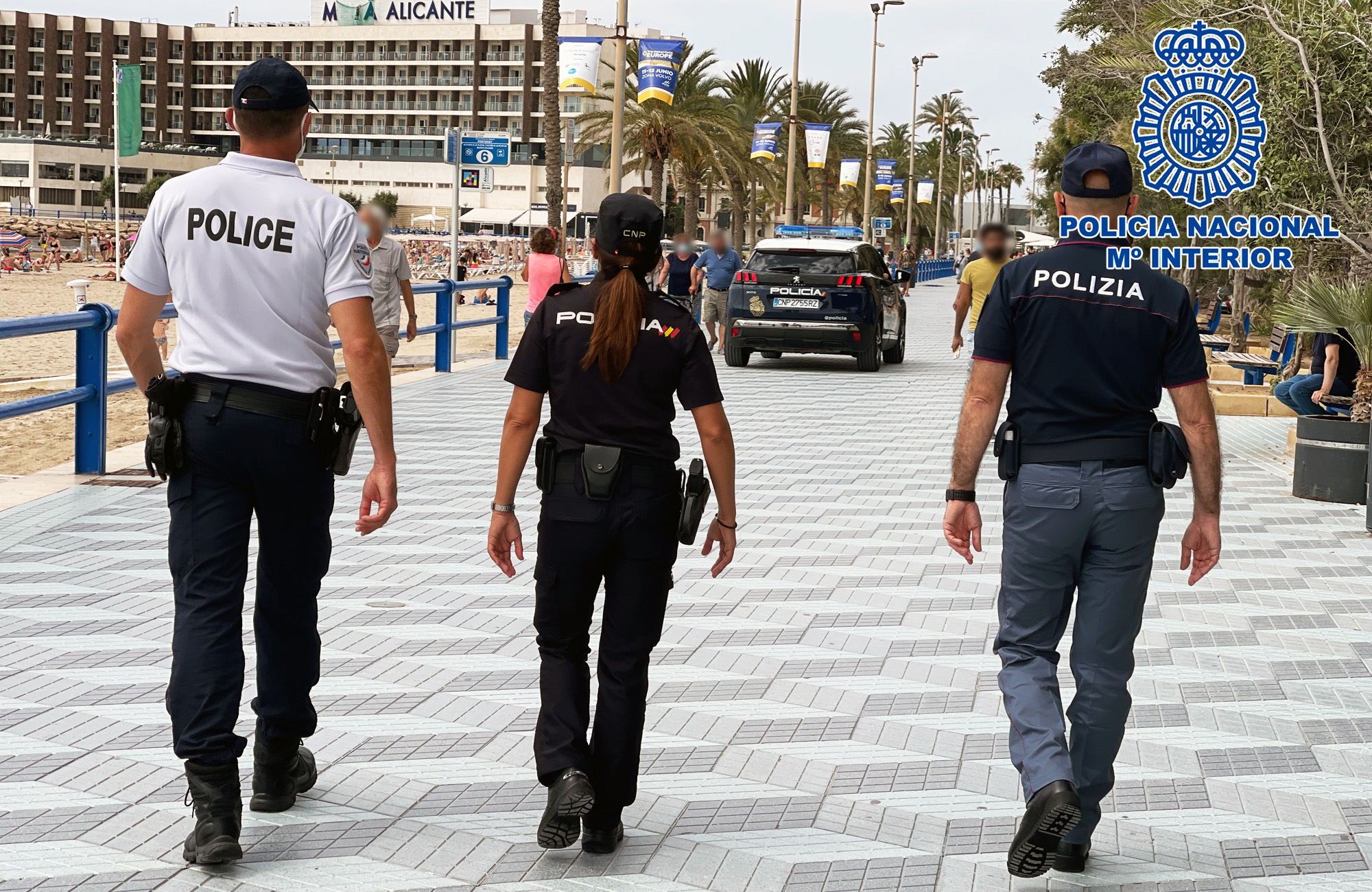 Over the next few months, officers from France, Italy, Portugal and Germany will be present during different periods in the streets of Alicante and Benidorm, along with nine other tourist destinations.

The operation is part of the European Police Stations Project which is now running into it’s twelfth season.

Officers from the region will be amongst those visiting forces in France and Italy in the coming months.