A series of earthquakes have rocked parts of the Granada province with over 40 tremors recorded in the area over the last 24 hours. 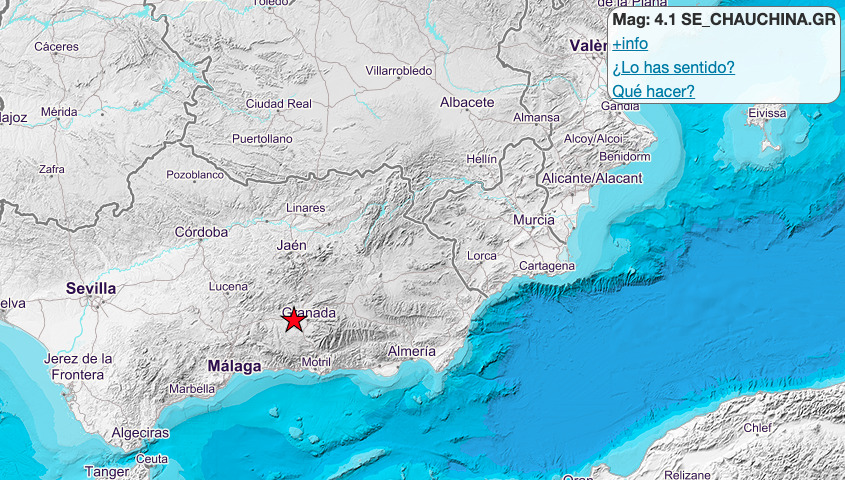 The quakes – of between magnitude 2 to 4.5 brought some people out into the streets after people were concerned over possible building damage. Three of the quakes were over 4 on the Richter scale.

Whilst seismologists at the Andalusian Institute of Geophysics have said that the quakes are part of a normal cluster, they have not ruled out ongoing seismic events over the coming months.

Reports of minor structural damage have been recorded, with officials at the Torre de las Gallinas de la Alhambra castle reporting minor damage to one of the battlements, which has been closed for repairs to be carried out.

The Release Yourself Radio Show is broadcasted in 30 markets on every continent, including countries as diverse as Brazil, Russia, Mexico, the UK, Germany and Australia. In addition to broadcasting, he creates podcasts and mixes from the road, dominating a tour schedule that would exhaust even the most hardened of festival warriors. This man is on a mission to spread the musical word to every corner of the globe.

Family of missing Irishman Peter Wilson confirm remains are his