Prime Minister Pedro Sanchez has taken part in a ceremony to destroy over a thousand weapons seized from the Basque terrorist group ETA. 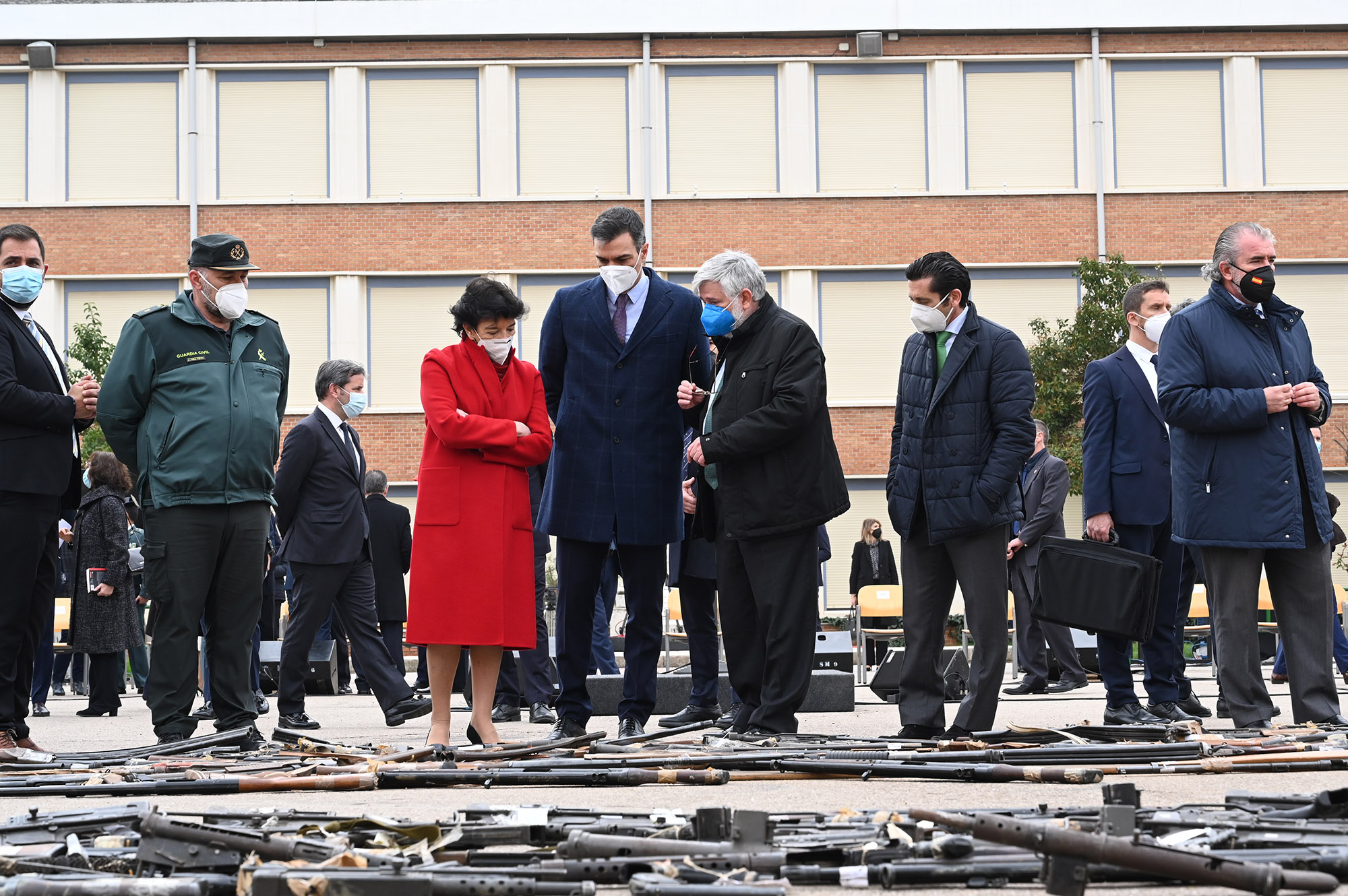 A steamroller drove over the machine guns, rifles and pistols in a courtyard at the Guardia Civil training college in Duque de Ahumada, Madrid.

The weapons will be melted down and transformed into a monument symbolising the end of ETA, which is accused of killing more than 850 people during it’s 40 year terror campaign which came to an end in 2018.

The Top 40 Singles Chart played in full compiled from station airplay on over 250 English speaking radio stations around the globe.

King and Queen of Spain send message of condolence

Prince Philip, The Duke of Edinburgh, has died

The Duke of Edinburgh has died at the age of 99