Protesters supporting Catalan independence have blocked the main motorway between the region and France.

The AP-7 was blocked by members and followers of the CDR and Tsunami Democràtic, who issued a call to blockade the road. 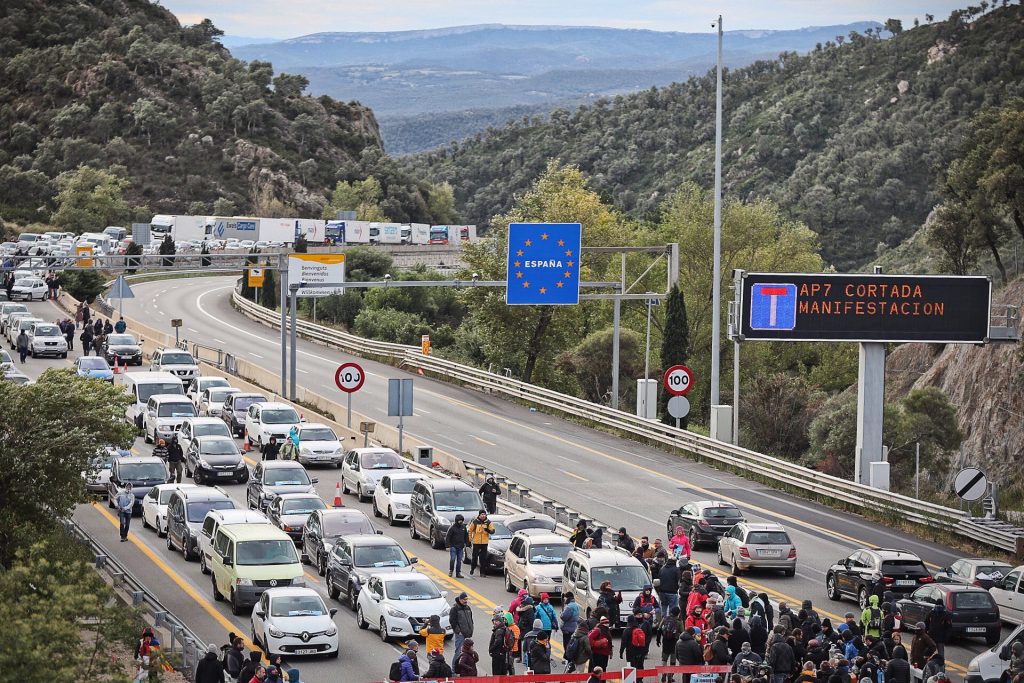 Protesters have demanded dialogue between the Government and regional authorities after the sentencing of separatist leaders in October for their roles in the disputed 2017 independence referendum and declaration.

Jules Weakley in the Afternoon