Coronavirus: Protests in Madrid as new restrictions put in place

Hundreds of protesters have gathered in parts of Madrid on Sunday to voice their opposition to new restrictions introduced due to rising Covid-19 cases. 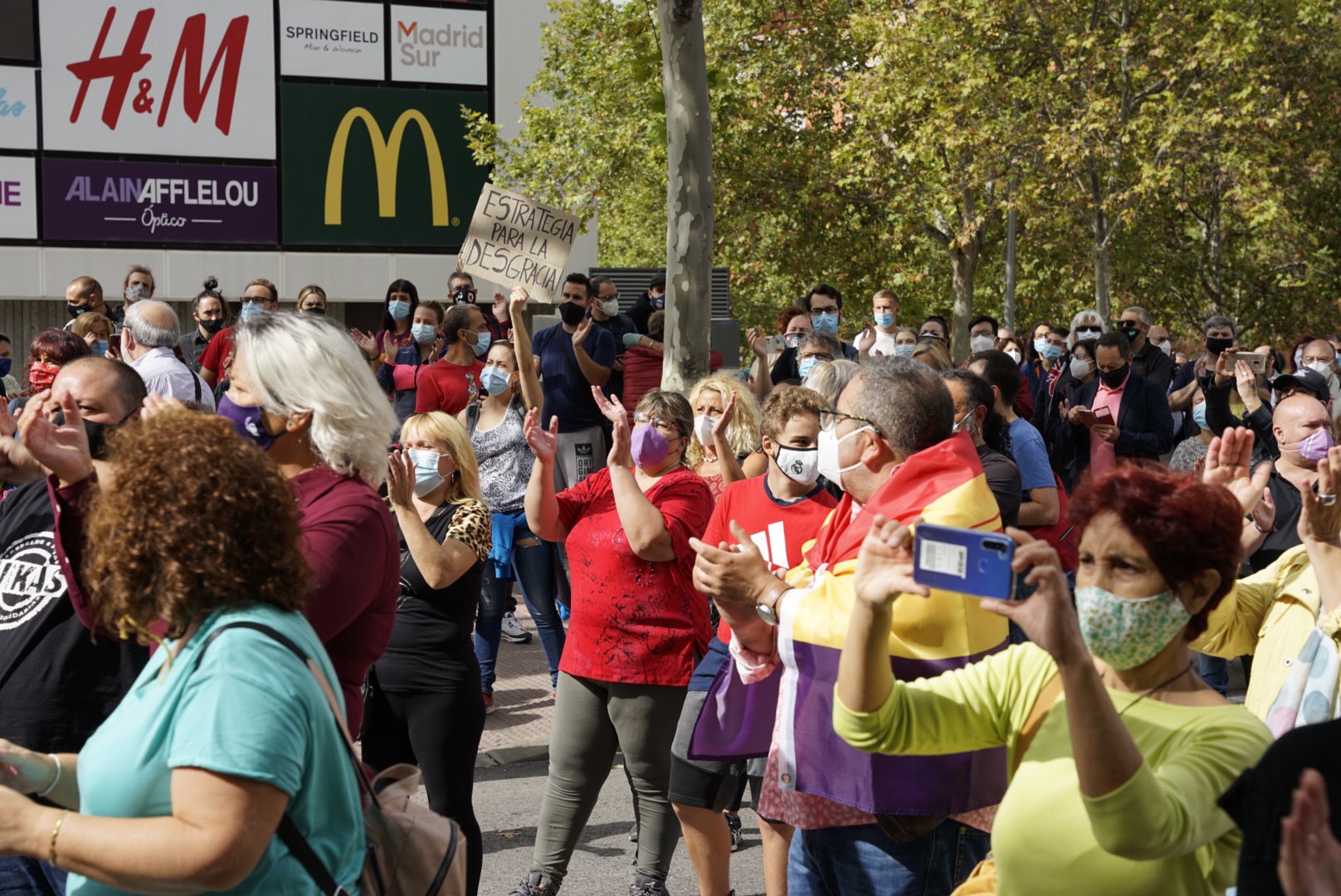 Many of those there called on regional President, Isabel Díaz Ayuso, to step down over the regional government’s decision to restrict movement and the number of gatherings that could take place in the area.

Around 850,000 people live in the affected areas, representing 13 per cent of Madrid’s population.

It comes as the country’s total number of cases increased by more than 14,000 on Friday. On Saturday however, prime minister Pedro Sanchez said he would not issue a nationwide lock down, but did offer governmental assistance to the capital. He is due to meet the regional president today at noon.

Hospitals could be treating 25000 Covid 19 patients within weeks